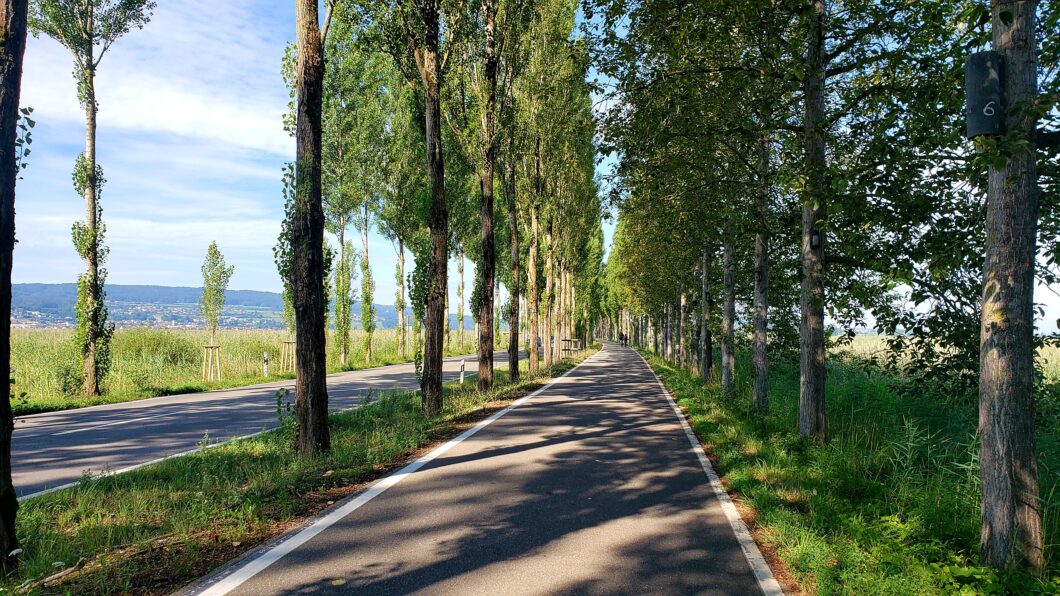 We have a normal. As you move outside of your comfort zone, what was once unknown and frightening becomes your new normal.

Eleven years ago, I saddled up and cycled from Pittsburgh to Washington, D.C. I had never ridden a bike for 300+ miles over a week camping every night, carrying all my possessions on my bike, and having no idea what lay ahead other than what I read on websites.

I tackled the unknown. Touring by bicycle became my new normal. Here are some common fears you may have when setting out on your first European tour. They seem big but are not that big.

Europeans speak many languages. It is common for a person to speak their native tongue and another language. The second language is often English. The English language is quite common in larger cities. Most European bicycle tours spend a good bit of time in rural areas passing through small villages. You may struggle to hold a conversation with a person in a small rural coffee shop.

I try to learn key phrases like “good morning” and “thank you”. I start my conversations in the country’s language. I then say that I don’t speak their language and ask if they speak English. This is about being polite and respectful of their culture. Using your hands to point and illustrate works well. Google translate on your phone is a lifesaver.

There are many websites where you can learn the basics of a language. Youtube is a good source. Duolingo is a reliable website with a convenient Android or Apple app. You will begin to pick up key phrases and words as the days pass on a tour. I try to learn a new phrase each day. It’s a fun activity when traveling with a group.

Are the roads safe?

Cycling is seen as an important means of transportation. It is part of their culture. That translates to cyclists being treated as equals on the road rather than obstacles as in the USA. It is common for cars and trucks to motion for cyclists to proceed at an intersection. The friendliness of motorists seems to lessen as you head towards Eastern Europe. However, the friendliest Eastern European motorist is more courteous than the typical American motorist.

Are the people friendly?

Don’t be the ugly American. Respect the culture, norms, and traditions of the country. You will be treated with respect. Some cultures, mainly Germanic, are more reserved and are seen as unfriendly. This is far from true. It is generally up to you to initiate a conversation. Be observant. What are others on the train or in the restaurant doing? A good rule is to speak less and speak softly. Do not be boastful. Google the culture of the country. Follow the rules you find. Be kind. Be respectful. You will be fine.

What about my bike?

There are many options for the bike you tour with in Europe. You can ship your bike. Many tours assist you with the assembly. It is common for bike tours to offer options that include road, hybrid, and e-bikes. Sometimes these are included in the tour price. Many times, upgrades are offered.

My advice is to use the tour company’s standard bike for the tour. They will be heavy and not the sleek bike you ride at home. The standard European touring bike is a 21 or 27-speed hybrid bike equipped with a pannier and handlebar bag. The tour operator understands the terrain and surfaces you will cycle. Use their expertise. I have never been disappointed with the vendor’s bike. Well, maybe on the day I climbed many Swiss hills and was lost. If you are a bike snob, bring your own or take the upgrade.

What about hills and miles?

Hills are challenges that many a cyclist looks to conquer. Others chose a flatter path in life. The good news is that European bike tours are available for all types of cyclists. Almost all of these tours are rated by the level of physical fitness and cycling ability. You can pretty much be assured of a flat ride if you select a tour following a cycle path. You should also be aware that cycle paths are not always flat in Europe, but the hills encountered are minimal.

How many miles a day do you want to cycle? My philosophy is that this is a tour with cycling merely as a means of transportation. I look for tours that average 25-50 miles a day. This allows for many stops along the way. Remember that you are exploring the country at the speed of a bike. Lower that speed and optimize those miles. I have encountered festivals, quaint village squares, churches, wineries, orchards, and above all coffee shops. Nothing makes a tour better than a morning stop for coffee and cake. Europeans love these coffee shops and bakeries.

Select the tour that matches your expectation of an acceptable elevation profile and the number of miles cycled during a day. Again, my philosophy is that immersing myself in the culture, scenery, and people is much more valuable than racking up more miles. The experience you chose is your choice.

How expensive is this?

Airfare will be the biggest ticket item on your tour. Shop around and look for deals. $1,500 has been my budget in prior years. It is generally best to select the primary airline of your destination country. Minimize airport transfers. Most airlines have partnerships with USA-based airlines.

The type and duration of the tour your select drives the tour price. A guided tour is more expensive and inclusive than a self-guided tour. A good budget is $250-300/day for a guided tour and $125-150/day for self-guided. I will talk about this more in another post.

I have shied away from large international touring companies such as Vermont Bicycle Tours, Backroads, and Trek Travel. I am sure they offer superior tours and experiences. I look for European-based touring companies with superior reviews. Biketours.com is a good starting point for a search.

My experience is that I will spend $4,000 – $5,000 for a 2-week European tour. I often maximize my air travel expense by adding on 2-3 days at the origin and destination city. It is somewhat expensive. I look at it as a once-in-a-lifetime experience in the given country. There are cheaper options and shorter tours. You determine your choices based on your budget. There is a tour for a wide variety of budgets.

Will I get lost?

How often do you get lost at home? Traveling with a guided tour pretty much guarantees that you will not get lost. The guide may have a sweep to keep track of all of the cyclists. Guided tours are generally 20 or fewer cyclists.

Self-guided touring is a good option with a minimal chance of getting lost. Self-guided tours provide a tour book summarizing the day’s route, attractions., and suggestions. They often include a map. The cycle paths and European bike routes are well marked. Be observant and you will be fine. I have made a habit of reviewing the next day’s route.

I have been lost in Europe. It is going to happen. I have always found a helpful person to get me back on course. I have retraced my path, actually several times, to get myself back on course. That is uncommon. Getting lost is part of the excitement of touring by bike. Some of my most memorable times are the times when I was lost and found something interesting.

How do I get around off the bike?

Europe is very friendly for those traveling by bike and off-bike. The transportation infrastructure in Europe is light years ahead of the USA. Trains are common and a primary means of travel throughout Europe. Trains also adhere to their published schedule. Trains are also bike-friendly. There are generally cars with dedicated space for bikes.

Beyond trains, Europeans primarily use public transit. Interurban trains, trams, streetcars, and buses are common. All countries offer transportation passes that allow you to use just about any type of public transport and transfer between them. The cost of these passes is reasonable. Bike lanes are common in large cities. You will see many people cycling to work and doing their everyday chores. European cities are as busy as USA cities. It may be intimidating for Americans. Know that you are respected as a cyclist on city streets.

Is Europe safe for Americans?

Europe is very safe for Americans. Western and Central Europe are more common destinations for American tourists. They recognize the importance of tourism to their economy. The most desirable tourist destinations are oriented to welcome the American tourist. This is disappointing in that the shops and restaurants resemble an American tourist spot. Hint: Get off the beaten path by a few blocks. You will have a much more memorable experience.

Crime is less common in Europe. The most common thing to be concerned about is pickpockets and scams (primarily currency exchange) in the larger cities and top tourist destinations. Be aware of your surroundings. Know how to protect yourself in crowded situations. Keep your wallet and valuables safe. I have never had any issues in the cities. I have never had any fear in the small villages.

Your bike is very safe in Europe. They seldom lock their bikes. If they lock their bike, it is with a key and a device that keeps the rear wheel from moving, not much security at all. That tells you something. As I mentioned earlier, you are respected as a cyclist on the streets and roads.

Europe appears to be using the same COVID precautions that we have followed in the USA. I feel comfortable traveling to Europe at this time.