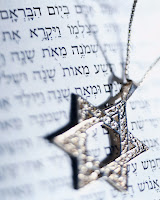 This past Friday evening, Brett and I attended the Lutherans Concerned Cleveland meeting at Hope Cleveland Heights. Rabbi David Horowitz from Akron was the guest speaker for the evening. Rabbi Horowitz is a strong advocate for LGBT rights, along with other social justice issues. He and his wife Tobi are cornerstones of the Akron P-FLAG chapter. He is a person I greatly admire, an extremely intelligent individual and insightful speaker.

Rabbi Horowitz’s topic for the evening was the support for LGBT rights by Reform Judaism congregations. It is amazing to hear a history of support of LGBT unions and ordination of clergy that goes back to the mid 70s. The Jewish approach is much more compassionate and logical than the mainstream Christian faith approaches.

When support for ordaining clergy or performing unions came before their national assemblies, they openly discussed the matter and voted in support at the same gathering. They did not spend countless meetings, studies and votes on reaching consensus. They must be puzzled why the Christians spend so much time debating LGBT issues with no resolution.

There were also similarities. The threats of loss of income and dwindling membership were thrown up as possible consequences for supporting these rights. What happened in reality was that membership grew and there was no financial crisis. Reform Judaism was the 3rd largest Jewish denomination at the onset of the process and has since grown to be the 2nd largest American Jewish faith.

Maybe we Christians can learn something from their experiences.