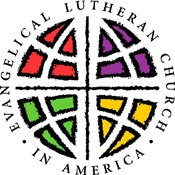 Last week the ELCA released the recommendations of the Studies on Sexuality Task Force. For those who are not Lutheran, here is quick summary to bring you up to date on what that task force is doing.

Over the past 10+ years, the ELCA has been wrestling with sexuality issues, primarily the ordination of LGBT people as pastors and the recognition of same sex relationships by the Church. Many votes have occurred over the years at the biennial assemblies where church policies and procedures are set. The delegates at these assemblies are a mixture of lay and clergy from across the USA. I was a delegate at the 2007 Churchwide Assembly in Chicago.

Over the past 4+ years, this task force has been working to develop a social statement on sexuality. This statement addresses all facets of sexuality. Homosexuality is just one of the topics in the document. The task force’s findings are an important step on the road to the next assembly to be held in Minneapolis this summer. Their recommendations will be addressed, most likely altered in some form by delegates and voted on for acceptance by the assembly. The sexuality social statement comes alive through a series of resolutions to implement the recommendations.

At the 2007 assembly, delegates asked the task force to also take on an additional task of addressing the ordination of LGBT people. This was a much debated issue in 2007. Delegates felt that the task force would be the best means to come up statement on this issue.

Now you have the abbreviated history. Here’s a brief summary of the recommendations on LGBT inclusion in the Church. This was a long document with carefully worded passages. My interpretation of these findings is solely my interpretation. I am sure you will find others.

I find these two recommendations to be very fair. It is a compassionate approach in which there are no losers. The blessing of LGBT couples in a publicly accountable manner only strengthens the Church’s commitment to families and upholding the principles of marriage and fidelity. The local option for rostering pastors opens the doors to synods and congregations who believe they can carry out their mission in diverse communities that are often turned away by the Church.

I also applaud the task force for including a sentence on respecting the differences in opinion that exist in our pews. This is a wonderful call for reconciliation.

Despite the varying viewpoints, the church encourages all people to live out their faith with “profound respect for the conscience-bound belief of the neighbor,” said the proposed statement.

These recommendations have a rough road ahead of them. People on both side of the inclusion issue are challenging the work of the task force. I am sure it will consume the local synod assemblies leading up to the Minneapolis assembly. It will surely take on changes as it nears the assembly floor. Once on the floor, it will be hotly discussed. I hope that it makes it through this process for the sake of the Church. As I said earlier, it is a fair and equitable approach for all. It’s time to move forward as one body in Christ.