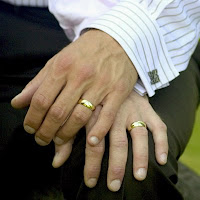 There has been a lot of press and blogging going on this week as Prop 8 proponents and opponents in California go before the California Supreme Court tomorrow to challenge the validity of the ballot initiative. Central to this legal challenge is the definition of civil rights and the ability to govern these though ballot initiatives. I came across several references today to a blog post by Jerry Brown, the Attorney General of California. He makes a good case why this is a civil rights issue. Take a few minutes and read his blog post. It is very succinct and well written. It clearly states the case for nullifying the ballot initiative and restoring the sanctity of civil rights. Here is a brief excerpt from the blog entry.

The case touches the heart of our democracy and poses a profound question: can a bare majority of voters strip away an inalienable right through the initiative process? If so, what possible meaning does the word inalienable have?

The state faced a dilemma like this before. In 1964, 65 percent of California voters approved Proposition 14, which would have legalized racial discrimination in the selling or renting of housing. Both the California and U.S. Supreme Courts struck down this proposition, concluding that it amounted to an unconstitutional denial of rights.

Jerry Brown is right on target in this post. He supports the repeal. Incidentally, both the California House and Senate support the repeal. The issue is not one of morality or religion. It is for rights granted to citizens of the state and denied to a minority group of citizens. I have discussed this before in my blog. It a state grants and recognizes privileges based on marriage, they have indeed deemed these privileges civil rights.

Time will tell what the California Supreme Court decides. Regardless of their decision, people in same sex marriages will continue to love and honor their spouse.