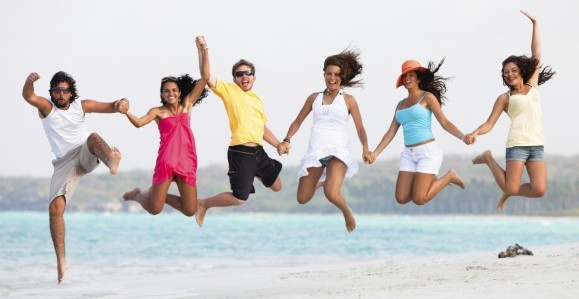 Over the past year I have been noticing a change in social networking in the bariatric community. This change mirrors the change that is happing in most on-line communities. There has been a shift from anonymous message board based discussion forums to social networking sites, primarily Facebook and Twitter.

In just eight years Facebook transformed the Internet. In 2004, few people knew anything about blogs and social networking. Facebook and Twitter (which is only six years old) changed how people use the Internet. Smartphones also had a big impact on this shift. Today, the Internet is a more social place at your fingertips.

My on-line roots began in the late 80s with CompuServe and AOL. The technology was slower and text based. New Internet technologies evolved text-based messages into real time communications that enable a larger group of people to participate. It is only natural that the bariatric community becomes part of this more social side of the Internet.

It is more than a change in the look and feel of the bariatric community in this move to a social networked community. Two prominent themes have emerged. Bariatric communities are more personal with the loss of anonymousity. Communities are also more exclusive rather than inclusive. These traits have both good and bad aspects.

A more personal touch, particularly in a support environment, is a good thing. Everyone wants to be a member of a community that nurtures and encourages them. Many new communities are invitation only or private Facebook groups that expose the member’s personal information. This invitation-only approach is protects members from spammers and gawkers. However, it discourages those requiring anonymousity.

Discussion forums pretty much operate on the principle that everyone is invited to participate as long as they follow the forum guidelines. This creates a mix of personalities that brings life and different viewpoints into the discussion.

Forum community leadership can unwittingly or consciously weed out voices that they feel are offensive or not within the guidelines of the community. Censorship can be a dangerous tool. The strength of on-line communities is the diversity of opinion and voices. It’s good to hear when something did not go well. It’s good to hear from a dissenting voice on a topic.

We are in an evolving state in social networks. Technology is becoming increasingly friendlier to use. The availability and price of smartphones is making this much more accessible. Facebook, Twitter, Google+ and other social networking sites are constantly adding new features to take advantage of the social networking boom. Bariatric support communities will change to use these new features and tools

Beyond technology, members of bariatric communities will dictate their future and growth. We need to accommodate those who wish to remain anonymous.  We also need to remain open to embracing differences of opinions. The difference between forum abusers and members that are more opinionated is a fine line. Good community management will be critical in assuring all voices are heard and represented.