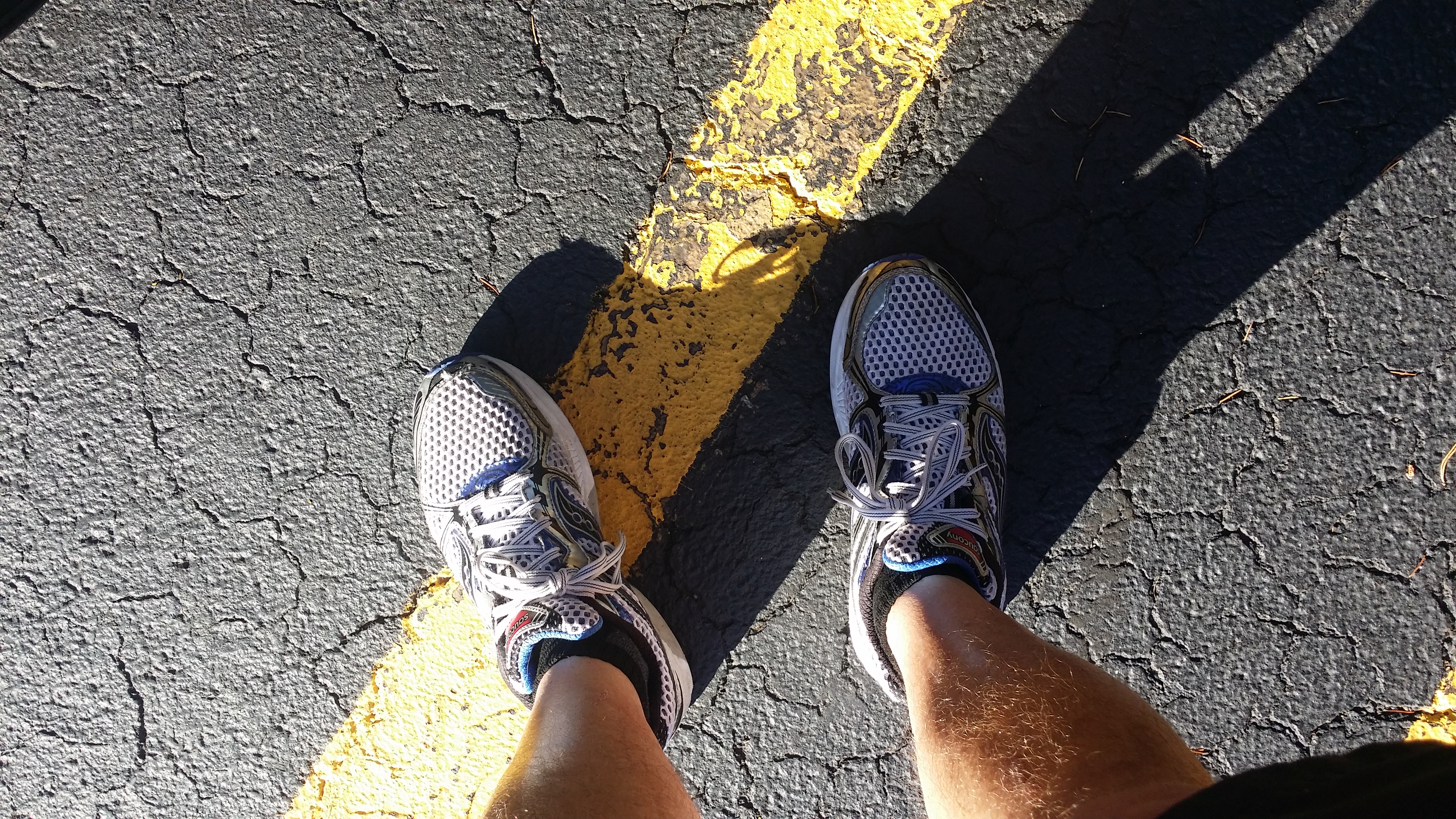 There is no doubt that my biggest enemy is me. I see this often in the weight loss surgery community. The post-op reality is that the patient must overcome years of habits and learned behaviors to become a transformed person. I continue to battle this struggle six years after my bariatric surgery.

This weekend I had to overcome a deeply rooted belief that holds me back. As active as I have become over the past six years, I find myself not believing that I am athletic enough. I am intimidated in running particularly. I do not resemble the lean trim guys that cross the finish line first. I sadly stand at the starting line hoping that I am transparent to the real runners.

My major goal for 2014 is to complete a half marathon. I am training for the Akron Marathon in late September. I have been lessoning my cycling to allow more time to run. I sensed that I passed the challenges of 5Ks. I ran my first 10K this past weekend. Double the distance was ten times the stress for me. 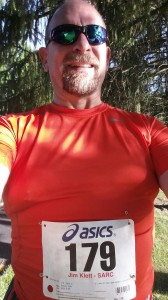 The day before the 10K I found myself a bundle of nerves. My mind saw a 10K as being a different animal than a 5K. 5Ks are often arraigned around a cause with casual runners and walkers supporting the cause. I am comfortable in this setting. To me, a 10K firmly moved into serious runner territory. I had visions that I would be out of place, slow and more visible to real runners.

I was fortunate that my best friend Chuck, a runner who inspired me to run, was volunteering at the run. I knew he would be there to support me. His texts and supporting words were what kept me from being a no-show. I knew I had to do it for him and ultimately for myself. It wasn’t until after the race that I realized how much the race and his support meant to me.

The farthest had run to date was 5 miles, and I struggled with that. 6.2 miles could have been 100 miles in my mind. Something happened to me at the starting line. I looked around and there were many people like me. It was a pretty diverse crowd. People were upbeat and friendly. I was gaining confidence as the run started.

As the miles went by I gained more confidence. It was at 2 miles that I became confident that I would finish. I don’t know exactly what happened, but my energy level increased. My pace was improving according to my Nike+ app. It was much faster than I expected. The next 3 miles seemed to pass effortlessly. I then realized I had gone 5 miles and was definitely going to finish with a decent pace.

At 5 miles, several members of the race sponsoring running club were directing runners. As I approached, I could see their clapping and hear their cheers. They high fived the runners passing. It was the support I needed. I knew I was headed up a fairly long hill. I passed the runner I had run with for 5 miles. I knew I had the energy I needed to get me up and over that hill.

As I neared the finish line I saw what running was more than just about running. There was Chuck watching for me. He made sure to snap a picture and congratulate me on the speaker. Passing through the line, there was Mark. Amy and Ethan, my fellow running friends. They were cheering me on and waiting for me to finish. It was a wonderful experience.

This race did a lot to ease my uncertainty of being a real runner. It definitely gave me the confidence I needed to move on to the half marathon. I know much work lies ahead. I know I have the support and ability to take it on.

This post may have been about my feeling of inadequacy in running. It is a lesson to anyone experiencing this feeling in other aspects of life. A real life lesson was that I had to throw away worn out beliefs so that I can move ahead.

I found this quote from John “The Penguin” Bingham, a noted slow runner. I very much associate with his writings and story. I think this quote just about sums it up.

“Believe that you can run farther or faster. Believe that you’re young enough, old enough, strong enough, and so on to accomplish everything you want to do. Don’t let worn-out beliefs stop you from moving beyond yourself.” ― John Bingham