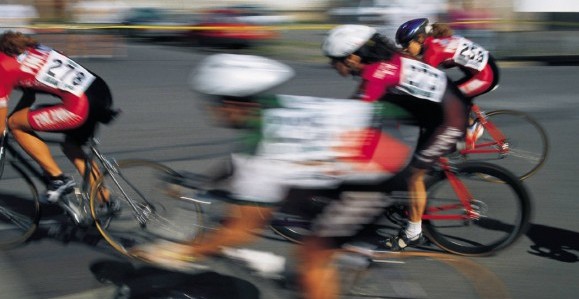 Peter Vidmar, an Olympic gold and silver medal gymnast spoke on the topic: Innovation – Pushing the Envelope. Vidmar was a member of the 1984 American men’s gymnastics team that took the Olympic gold medal from the Chinese team that had dominated the competition for many years.  He was a very good speaker.

The gist of Vidmar’s keynote was that you need to push your personal envelope to grow. Living within the limits of your envelope does little if anything to help you meet your dreams and goals. As your envelope expands, you become an innovator out of necessity. Growth requires a constant refocusing on new ways to meet and achieve your goals and dreams.

I like to take away at least one tidbit from any presentation that I can apply to my everyday life. In Vidmar’s keynote, he spoke about how his failures prepared him to be a winner in the end.

Just months before his 1984 Olympic victory, he failed miserably in an Olympic trial. It forced him to focus his energy and talent on making sure that failure did not come to haunt him at the Olympics. His 10.0 Olympic performance was visible poof that he indeed succeeded in overcoming his earlier failure.

At over four years post-op out of weight loss surgery, I encounter fellow bariatric patients who talk about how they have failed. When those few extra pounds show up on the scale or a few weeks of workouts are missed, it is convenient to brand ourselves a failure for eating an unhealthy diet or ignoring trips to the gym. They are contributing factors and are dangerous when our new behaviors become the standard.

I use the theme of Vidmar’s keynote to remind me that failures can be turned into successes. The first step is to own the failure. Next, I need to commit to put a stop to these erring ways. Most importantly, I need to begin a new pattern of good behaviors.

I am not saying this is easy. As a matter of fact, it can be pretty darn hard to turn around a failure that repeatedly smacks you in the face.  Baby steps… I fall back to the concept that taking smaller steps in the right direction ultimately gets you to the destination. Human behavior is hard to change. I know I need little successes along the way to keep me moving forward.

In order to succeed, your desire for success should be greater than your fear of failure. — Bill Cosby

Bill Cosby has it right. Peter Vidmar has it right. You need to overcome the fear of failure. The best way to overcome this fear is to instill a strong desire to succeed at all costs. Success takes more effort, but success is a much happier place to be than failure.