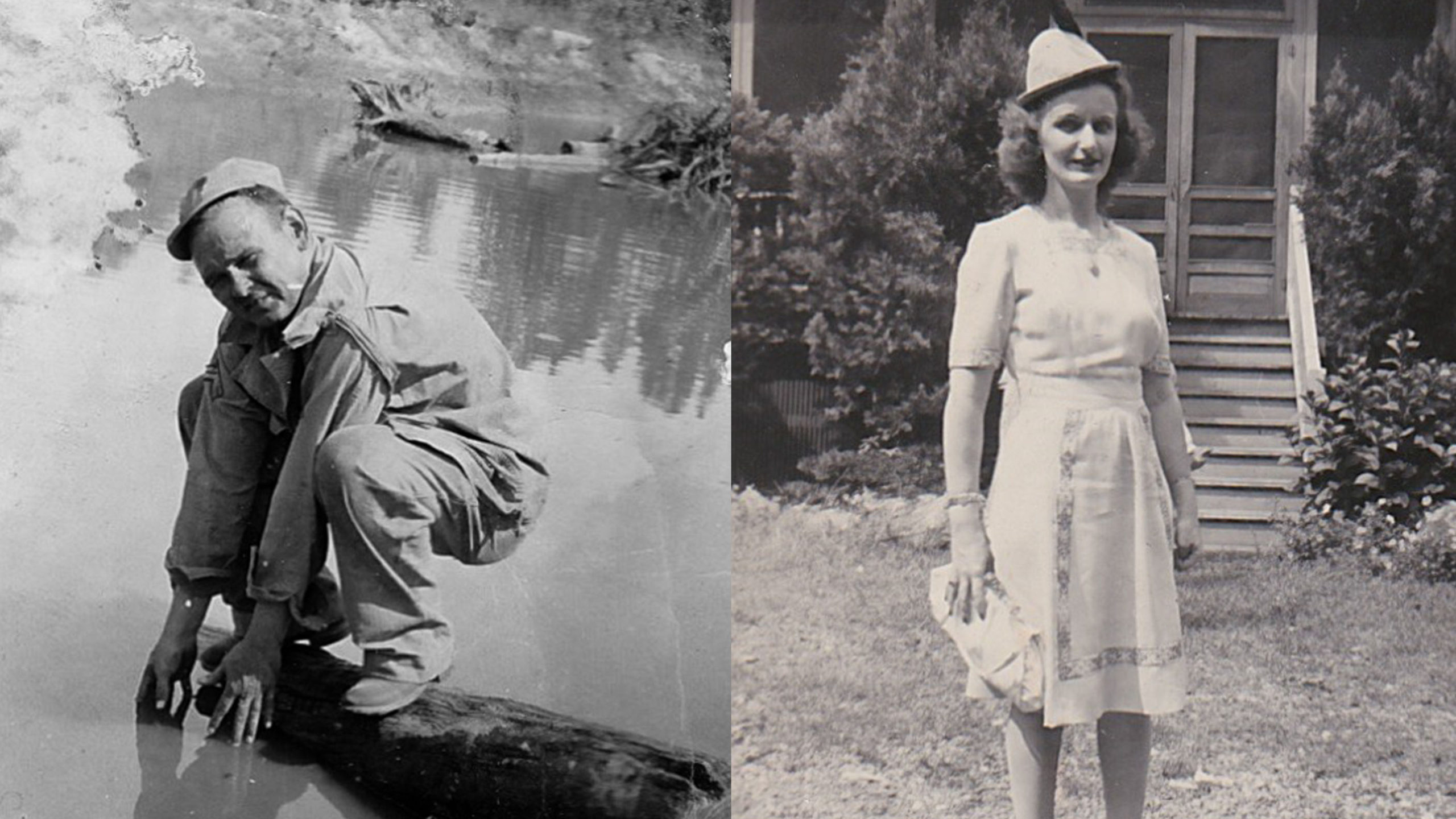 February 21 is a significant date for me. My father passed away on this date in 1970. My mother passed away on this date forty years later in 2010. I wanted to share something about my mother and father other than the Facebook post on how much I miss my parents. I miss them as does every child who lost a parent or both parents. This is the story of my mother and father in their younger years.

I found myself in my spare bedroom earlier this week taking down the tattered box from the closet’s top-shelf. My mother collected photos, many many photos throughout her life. They ended up in this box in her bedroom. The box found a home on my spare bedroom closet shelf sometime in her later years.

There were no Facebook and mobile phones during her time. It was common to take photos, have them printed, and share them with friends and families. The deeper I dug through the box, the more I uncovered my parent’s life before they met and the early years of their marriage. These stories and photos tell the story of two young people growing up in the early to mid-twentieth century.

The late nineteenth and early twentieth centuries saw Alliance industries growing. It was when the great Eastern European immigration to America was taking place. Hungarian families found work in Alliance’s factories and assisted other Hungarians to immigrate to Alliance. A Hungarian neighborhood took shape at the factory gates of Morgan engineering.

My father was a first-generation American of a Hungarian-American family that was planted in the center of this neighborhood. My grandfather worked at American Steel and my grandmother ran a neighborhood grocery. The grocery became a café during prohibition, named after my father Jokie. Jokie’s Café became a popular Alliance fixture sponsoring bowling and hot stove baseball teams.

My father’s time in the US Army during World War II defined his life during his post-war years. He took great pride in his service. He organized many reunions of his army buddies. Jokie’s Café was one of the neighborhood’s favorite gathering places for factory workers and residents. My father was a bachelor until age 40 when he married my mother and started a family. He loved being a father which was his pride and joy. 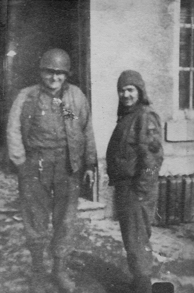 My father and uncle served in different Army units. They met up during WWII. I am uncertain of the year and believe this happened in France. 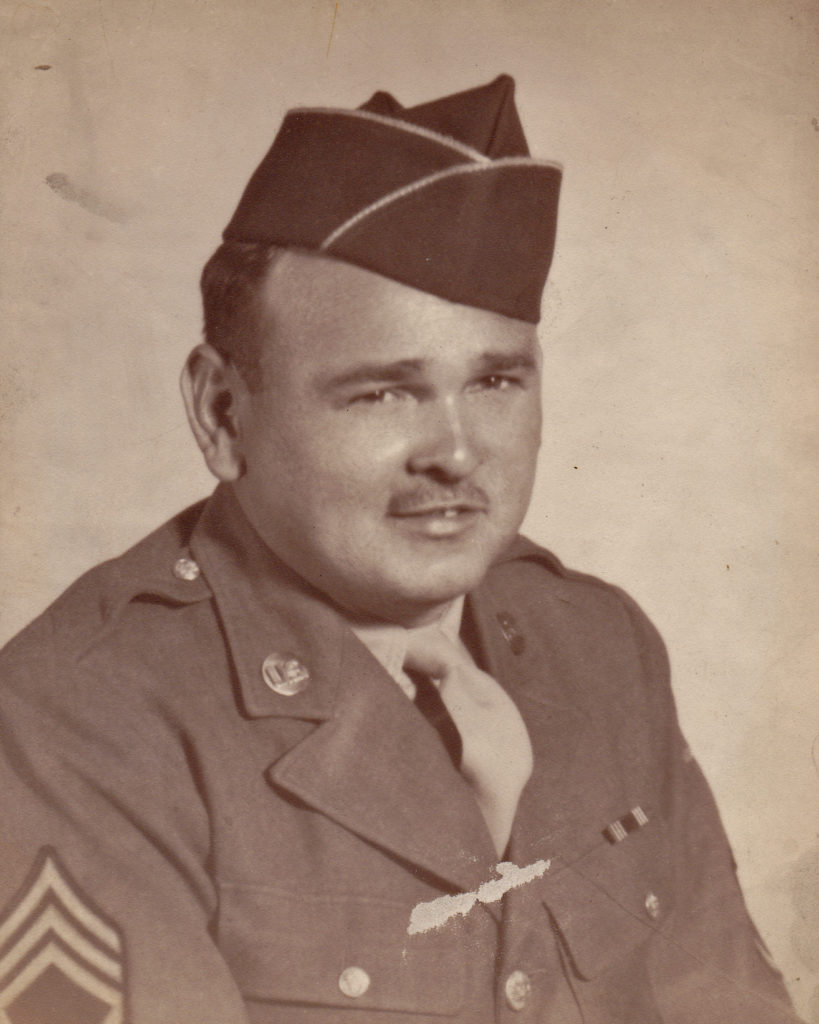 My father's official US Army photo taken during WWII 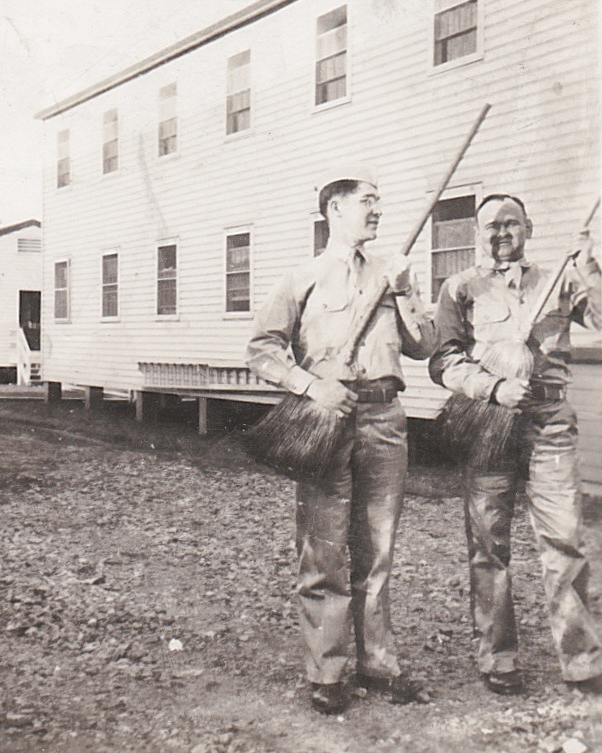 My father Jokie on the right with a person only identified as Thomas at Camp Chaffee in 1942. I suspect this was at his basic training.

This snapshot of my father Jokie very accurately captures his personality. He was outgoing and the photo shows the real Jokie. I suspect it was in 1942 during his basic training. 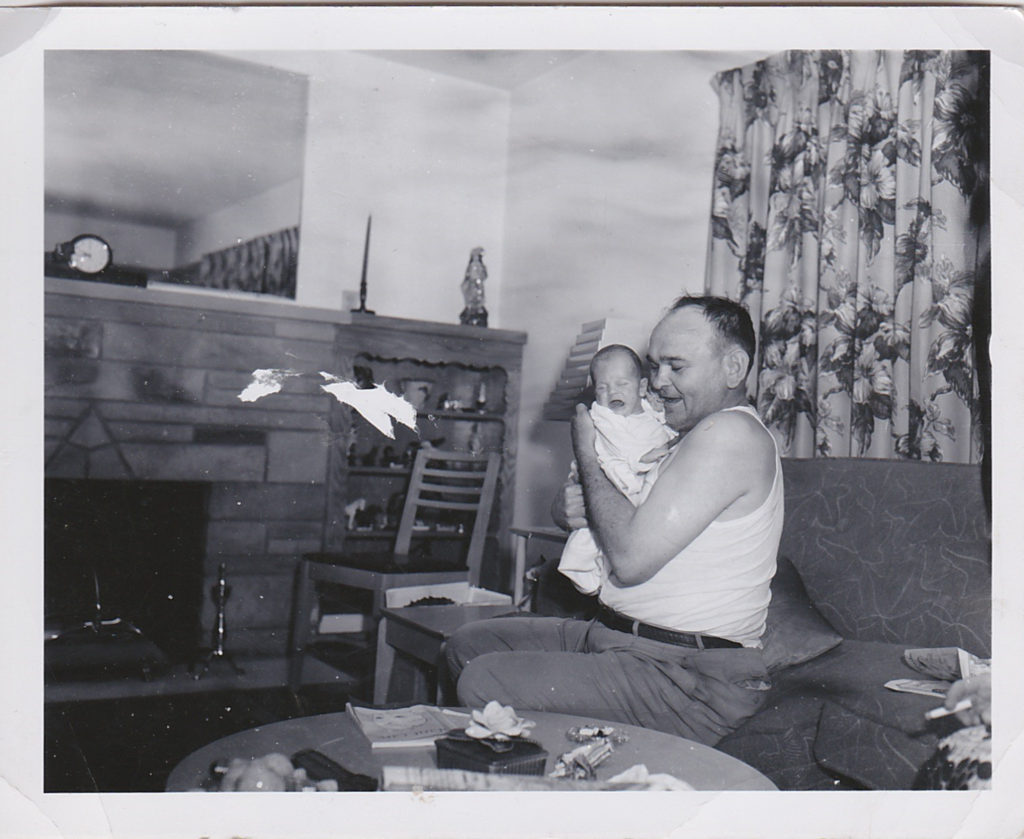 My father's pride and joy, my older brother Joe and his firstborn My brother appears to be a newborn which puts it around May 1952. 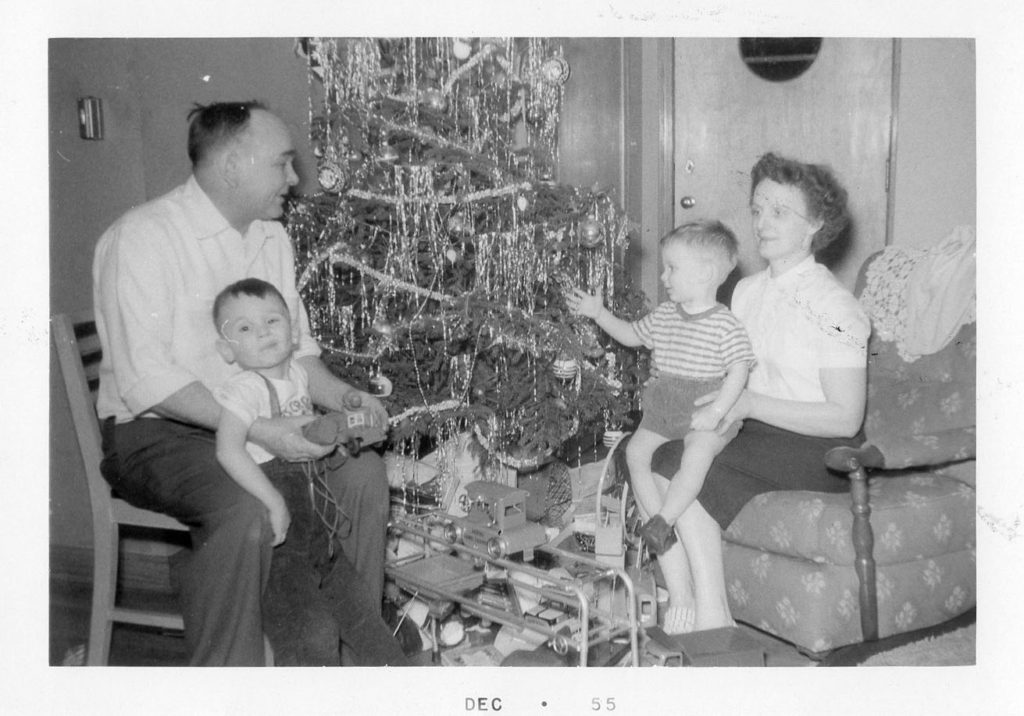 My father Jokie holding my older brother Joe and mother Marie holding me around our Christmas tree in 1955. My sister Cindy was yet to be born in 1957.

My father Jokie and my older brother Joe with our collie Laddie in 1953 most likely. Many families had collies since it was the height of the Lassie TV series.

This photo of my father brings back many memories. Behind him is the back bar. Notice how it's decorated. In those days, beer companies decorated the bar and windows. I spent many years playing behind that bar. 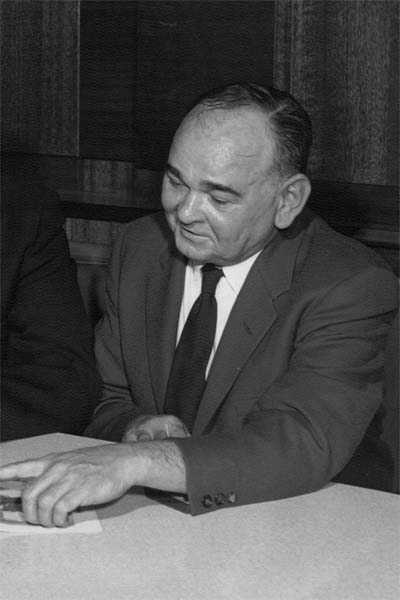 This is the man I remember as my father. I know this photo was taken at a banquet he planned. My father sponsored many sports banquets. I got my planning and artistic skills from him.

My mother’s family arrived in America in 1922. My grandparents and their six children found a home in Ansted, West Virginia. My grandfather left Switzerland looking for a better life in America. He was a factory worker, possibly a watchmaker, in Switzerland. He became a coal miner in West Virginia. The family was pretty much the only German-speaking Swiss in town. My mother did not have a strong connection to her European heritage that my father did.

My mother did find a Swiss community in Stark County. She became best friends with a Swiss-American couple that frequented my father’s café where they introduced her to my father. They were soon married and began to raise a family. My mother assumed the post-war bride role as the homemaker. My mother became an excellent Hungarian cook. She was very content with her life. 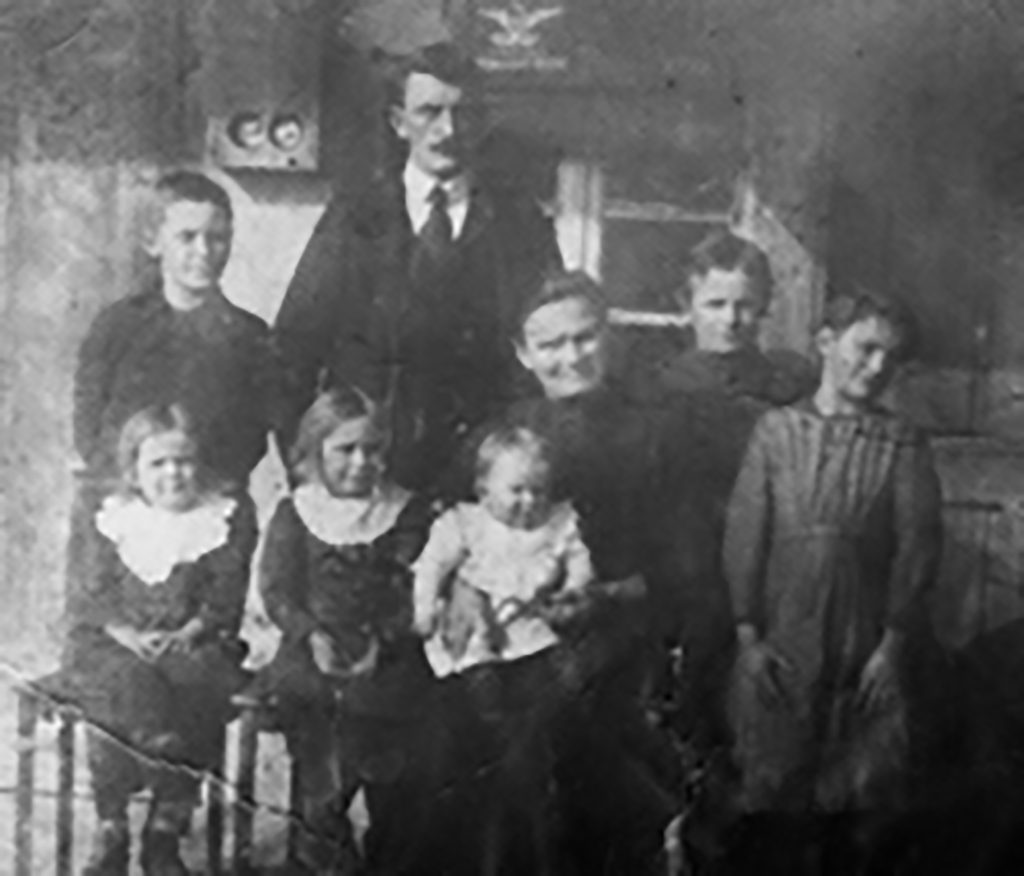 This family photo was taken in Switzerland prior to the Schott family immigration to the United States. I believe my mother is on the left sitting in the first row.

This undated photo of my maternal grandparents, Adolph and Marie Schott, was taken most likely in 1952 or 1953. Adolph died in 1954. It could be taken at the Stark county Swiss Picnic. 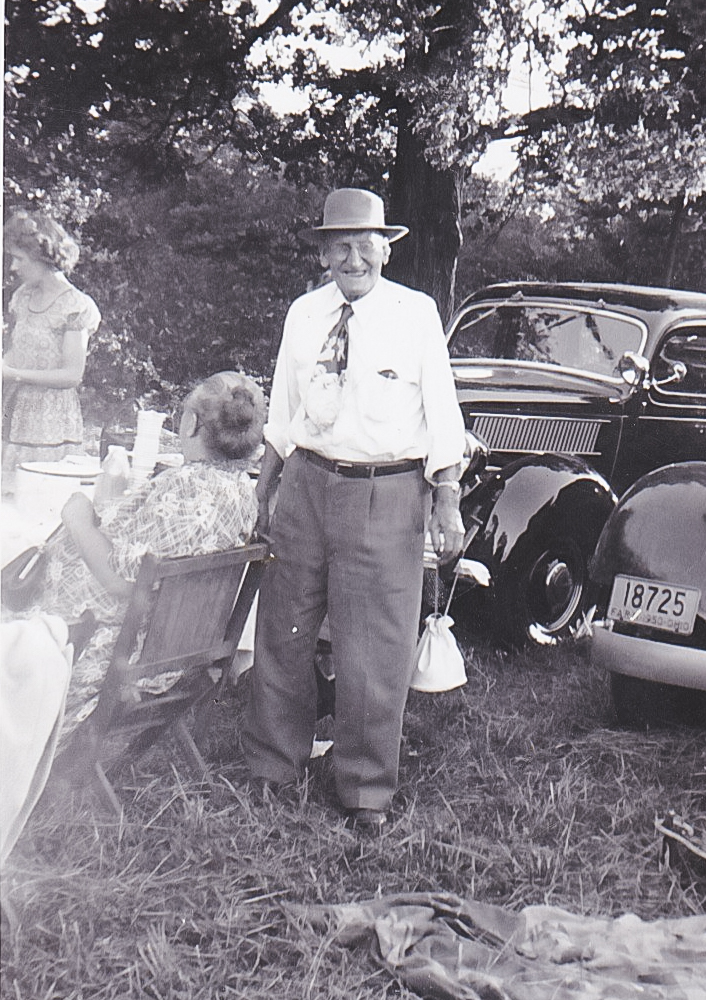 This is the only photo I have of my maternal grandfather. It was taken most likely in 1952 or 1953. Adolph died in 1954. It could be taken at the Stark county Swiss Picnic. 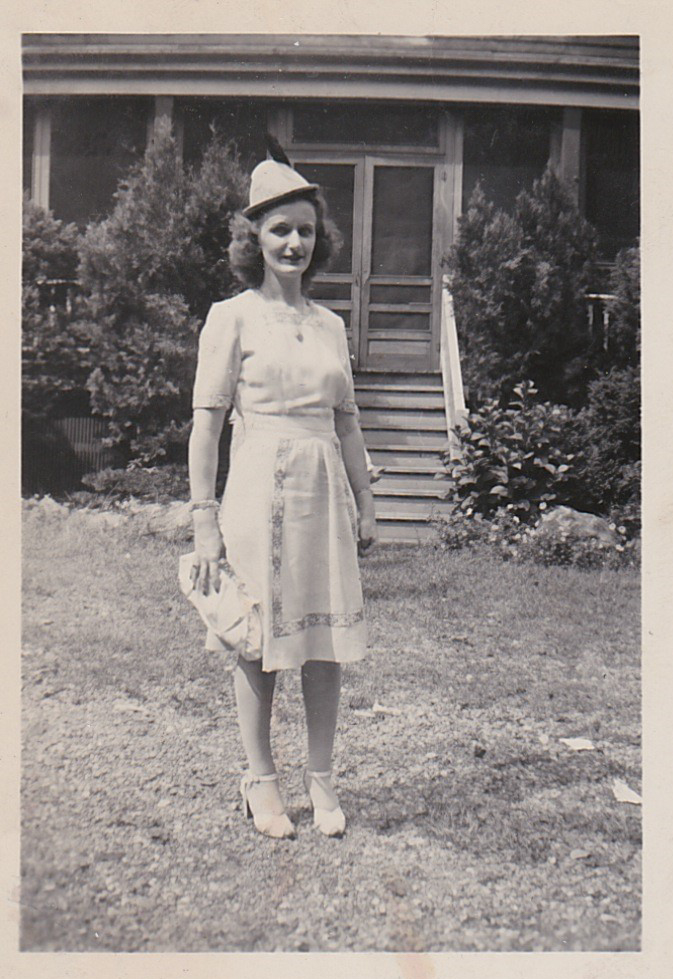 My mother is headed to the Stark County Swiss Picnic in 1944. Notice how dressed up she was. How times have changed. I remember going to this picnic in my younger years. 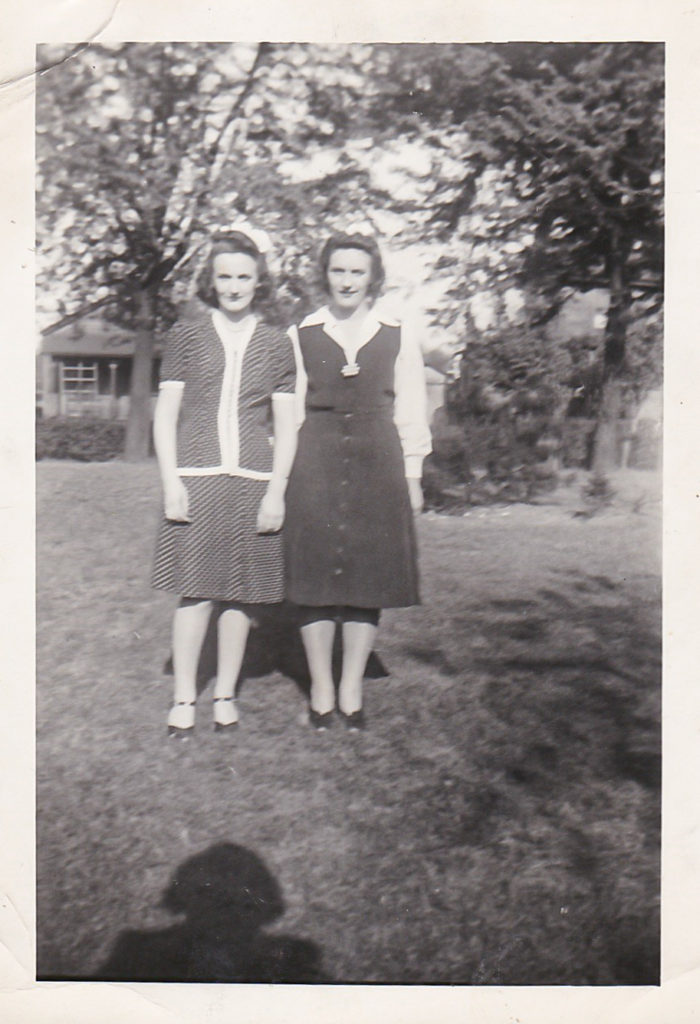 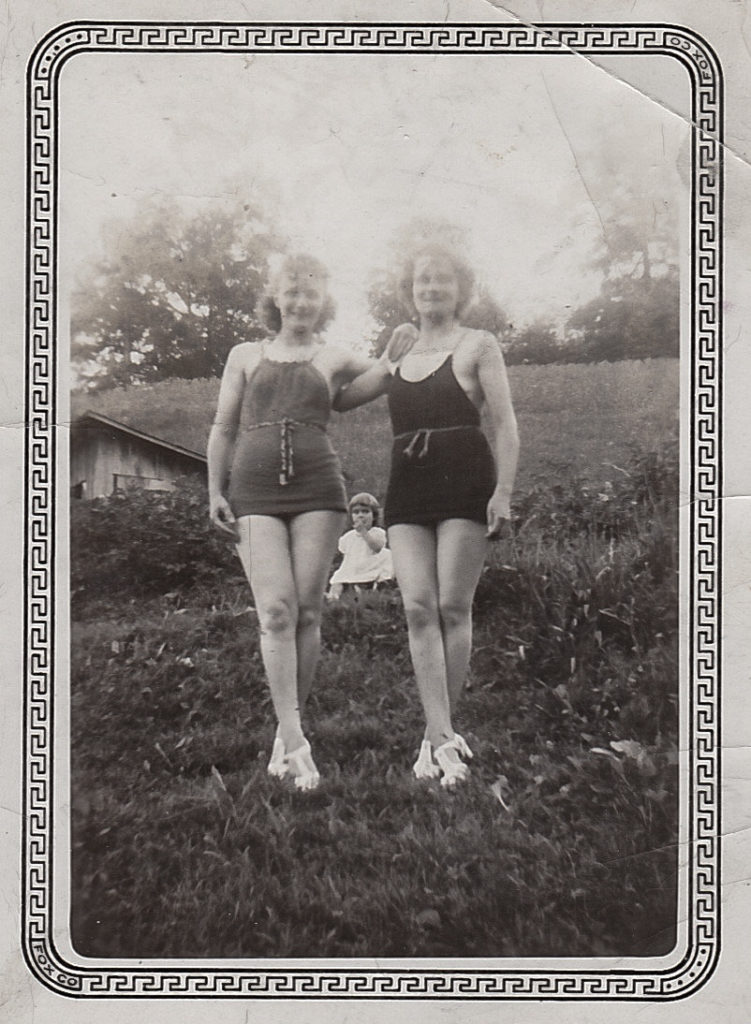 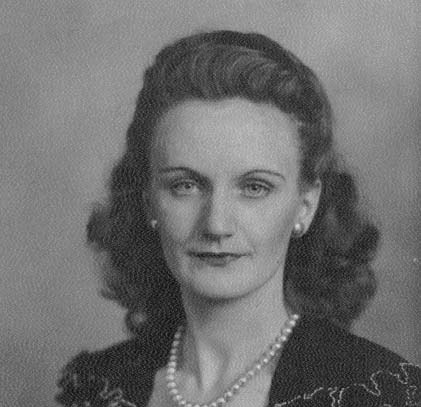 My mother must have been in a photo-taking mood in 1944! This studio headshot of her is pretty good. 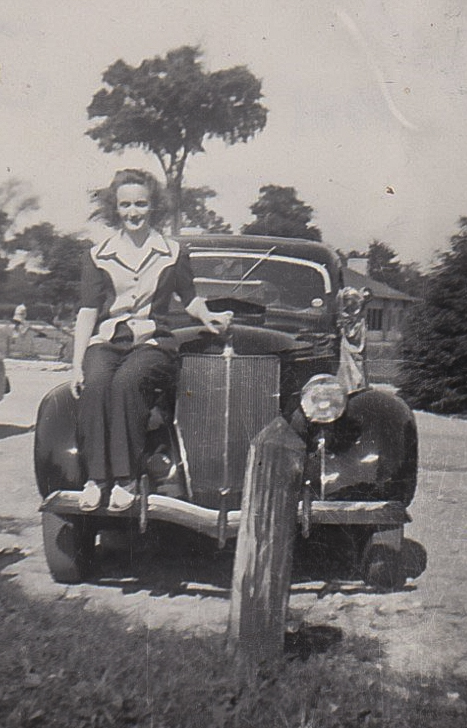 This photo was taken at a picnic at Firestone Park in Columbiana, Ohio in 1944. Check out that car! This would be selfie-worthy today. 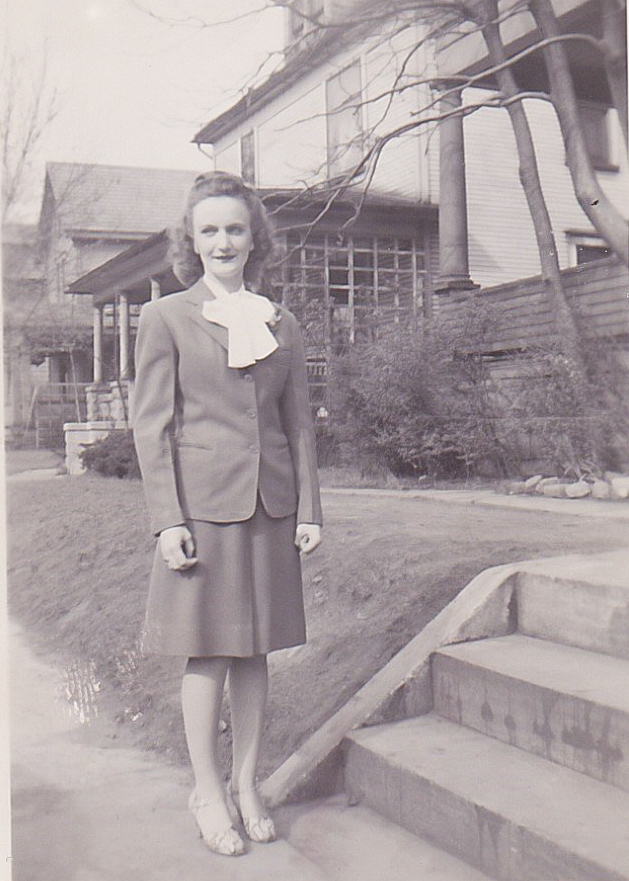 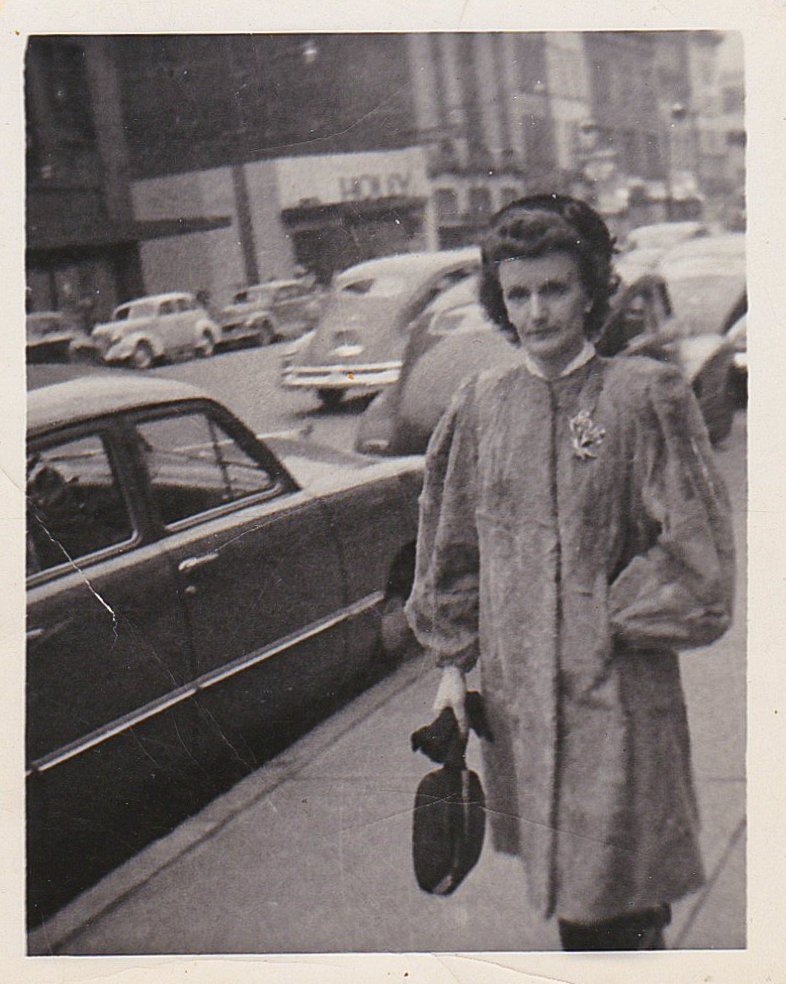 I love this photo. I suspect my mother was shopping. Notice how people dressed up to go shopping. My mother would not leave the house without dressing up. This could be taken in downtown Alliance.
(Visited 93 times, 1 visits today)
family familytree