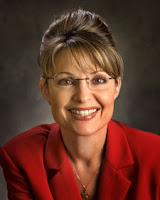 Sarah Palin is perhaps the most dangerous person to run for Vice President ever. She is an ultra-conservative, Pentecostal right wing candidate who would wipe out rights for many Americans if given the power to do so. Her stands on women’s and LGBT issues is chilling. Although I don’t think people vote for a candidate because of the Vice President, I think it is notable in this election. John McCain is a 72 year old man who has survived cancer 4 times. What are the odds that he will complete even his first term if elected?

I came across this news article while surfing the net tonight. It is an email sent to the press by a fellow resident of Wasilla, Alaska where Sarah Palin was mayor. She is very articulate in outlining here relationship to Sarah Palin. Read the email, and I think that you will definitely know more about the candidate. As the author admits, she is no friend of Palin, and it is obvious that no love is lost between the two. Below is a summary of her facts that she included at the end of her email. Judge the value of this for yourself. Is this the person you want a heartbeat away from the Presidency?