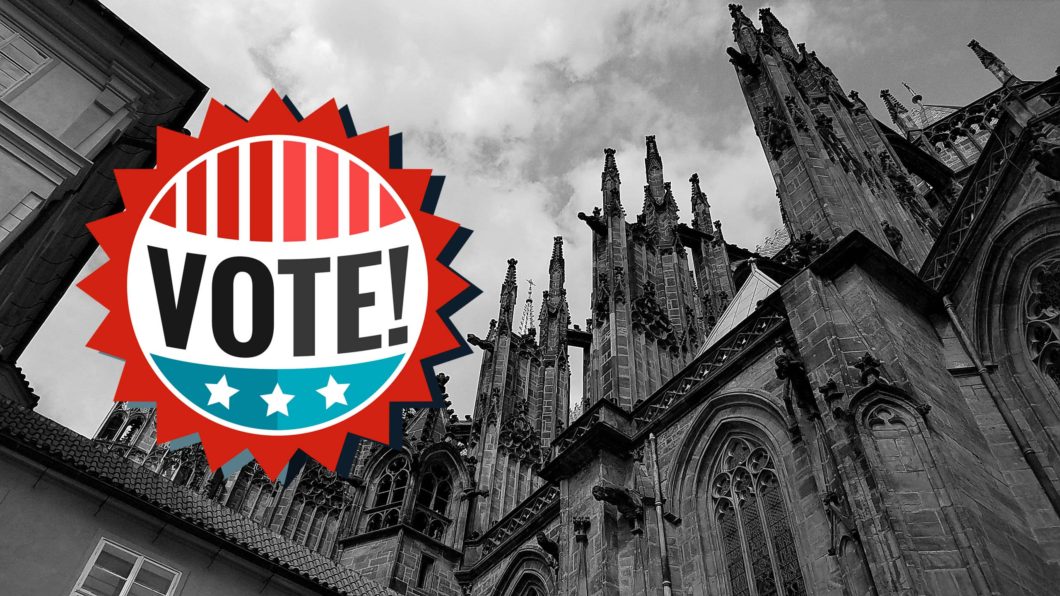 I have struggled with my Christianity for several years. I was a lifelong churchgoer heavily involved in the Church and advocacy for LGBT Lutherans in the Church. Bad experiences turned me away after 50+ years in the pews. The Reader’s Digest version is that Christians do not behave Christlike. I may struggle with Christians, but I am very faithful and believe in the tenets of Christianity.

I self-identify as a liberal mainstream Christian who believes that politics and religion do not mix well. My Christianity influences my vote. I vote for people who live their lives through their faith and whose actions reflect that faith. I vote for those who respect the faith of others.

This post originated with an early morning YouTube session. Front and center on my homepage was “How Should We Vote? One Christian’s Guide to Approaching the Voting Booth”. I do not know the creator, Phil Visscher, or his political or religious affiliation.

Phil Visscher explained that voters began sorting themselves into camps based on ideological constraints in the 1960s. Ideological constraint is where people align with an ideology and place it front and center and become blind to opposing ideologies. These camps vote on a candidate’s identity rather than their merits. This is erasing the conservative and liberal spectrum in American political parties.

One of scriptures Phil raised was Matthew 25:40-45 as a call to move away from ideological constraints and identities. I am far from a biblical scholar, but the message these verses convey about today’s political climate is clear. We should look beyond ourselves and vote for the good of our community, for those in need, for the good of those marginalized, and for the sake of living in a better world.

Then they also will answer, ‘Lord, when was it that we saw you hungry or thirsty or a stranger or naked or sick or in prison, and did not take care of you?’

The message in this Bible passage reflects my life and political affiliation. My vote aligns with that piece of scripture. It would be nice if the Christian vote was guided by the words of Matthew. Our contemporary world pushes that voice to the back of our minds. People often place strong beliefs in single-issue ideological identities front and center. I confess I am unable to free myself from ideological identity, particularly LGBT rights.

This election is one where we are presented with two distinct views of the future and the direction of this country. The choice is how will we bring people together and push those ideological identities to the back of our minds and bring the words of Matthew forward. Vote your conscience. Learn and pray about our world.

In everything do to others as you would have them do to you; for this is the law and the prophets.