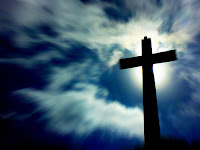 As I stated in my post earlier in the week, I am sharing my personal thoughts on the actions of the 2009 ELCA Churchwide Assembly related to sexuality. I was a voting member at the 2007 assembly where the resolution was passed calling for a review of the ELCA ministry policies and a recommendation to be presented at this summer’s assembly. This resolution was targetting the issue of allowing GLBT persons to serve as ELCA pastors. Until the actions of this year’s assembly, non-celibate GLBT people were excluded from serving as pastors. This exclusion was based on a document referred to as “Visions and Expectations”. It basically said that a person who is unmarried must remain celibate. I they choose not to be, they can not serve as a pastor.

“Visions and Expectations” is an interesting document. It spells out so many characteristics that a pastor must uphold. The problem that I have with the document is that here are so many of these characteristics that many pastors ignore routinely or do not possess. Have they been expelled from the ministry? How about a straight pastor who cohabitates or has sex while unmarried? Have they been asked to leave the ministry? The obvious answer is “no”. The document was the only document that could exclude a gay pastor. It was sad to see it used selectively to deny GLBT pastors while the blind eye was turned to heterosexual pastors not adhering to many of these guidelines.

This changed with the passage of 4 resolutions that spelled out the basis on which the ELCA will consider GLBT people in publicly accountable, lifelong, monogamous, same-gender relationships to serve as a rostered leader. I must admit that I personally gave this change little chance for approval. The action was tied to 4 resolutions. Those who attend church conferences know that the chance of 4 resolutions being passed can often be a monumental hurtle to overcome. Nevertheless, they did and policy change is now in progress.

Over the years I often felt that the issues surrounding GLBT pastors had little to do with my church life. I know many closeted and somewhat closeted pastors who seem to do just well with the pre-2009 policies. As an analytical person, I just thought if you are a gay pastor and have issues with these policies then just quit and get another profession.

Just a few weeks ago I attended a meeting where a gay pastor spoke about the change in the ministry policies. I greatly admire him and the actions he took as of the result of the Churchwide actions. He wrote a letter to his parishioners explaining that he is gay. He has received tremendous support and life goes on at this church with little disruption. As he described how his life was transformed by the Churchwide actions, I have come to realize that these resolutions and changes do indeed impact my church life. Faithful GLBT pastors who are in loving and monogamous relationships can now fully live the life that Christ meant for them to live. They are free to openly live their lives and demonstrate to their congregations that same sex couples do have normal lives and do serve the Church. This is a very healthy thing that these resolutions have enabled. It’s good for the pastors and good for all of us in the ELCA and in our society.

This past weekend, the ELCA Bishops met to determine how the changes in ministry policies will be implemented. There are many pastors who have been expelled from the Church, denied becoming a rostered leader, or left for a “friendlier” denomination. It’s refreshing to see that I now belong to one of the “friendlier” denominations. It will be interesting to see how this inclusion takes shape in the coming year.