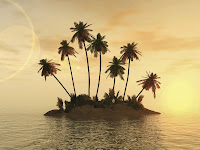 Wednesday was a day of mixed emotions for LGBT people. Obama winning the Presidency was uplifting. The passage of anti-same sex marriage initiatives, especially California, was disheartening. A message of hope and equality was tempered with a message of not for you, not right now to LGBT people.

I spent a day reflecting on this before I wrote this post. The fundamental issue that I have with these initiatives is that we have placed civil rights in the same category as approving liquor options and casino gambling. Denial of basic rights to a group of citizens that are granted to all citizens is just plain discrimination. Civil rights should be protected and affirmed by our constitutions and government.

As a person who has worked for years for change within a mainline Christian denomination, I recognize what is happening in these elections. Yes, the results are directly tied to the Christian faith. I have seen a similar voting pattern within the Lutheran church. Americans appear to be divided equally on the subject of same sex marriage with a slight majority not affirming same sex marriage. When placed before them, the vote does not side with LGBT people.

The root cause of this voting pattern is fear. I think most people, even devout church goers, do not adhere to the fundamentalist evangelical view of damnation and hell for LGBT people. Fear is what drives their vote: fear of financial duress in the Church, fear of division within the Church; and fear of non-acceptance if they support LGBT people. So, these same people make their way to the polls and apply their reasoning of fear to ballot initiatives.

This election was a good test for LGBT people. Never before have so many people voted. It can not be said that a minority of people voted to deny these rights. It was clearly a majority. What this does show is that LGBT must work for acceptance by the majority of people. I just hate writing that since I still believe that civil rights should not be granted at the ballot box. However, I am also realistic and know that it is what has to happen for LGBT people to have equal rights.

As hard a pill as this may seem to many LGBT people, it is imperative that the fight begin within mainline Christian denominations. At this time they drive how Americans vote. Once acceptance becomes the norm in our churches, it will become the norm in our country. As much as we say there is a separation of church and state, there is a very fine line separating the two.

Sure, I am disappointed. After years in the Lutheran Church I have learned to take the lumps and keep on working for equality. Lately that has been an issue for me. How long do you take these lumps and go spiritually unfilled. Right now, I am without a church. I am working on how spiritually should fit into my life as a gay man. I think I know that answer. I am searching for how I live out that spirituality in my community and how to fulfill my faith in God.