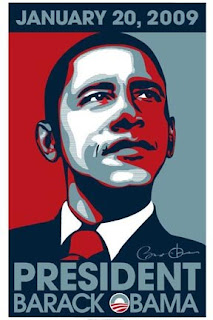 Our nation has been abuzz in anticipation for change. The word “change” definitely played a big part in this past election. The GOP knew that it was in the air and tried to kidnap it. They underestimated the electorate’s understanding of change and importance to it for our country’s future. John McCain was not an agent of change. Barack Obama is.

I am excited that we have elected a leader to move this country forward in a positive direction. After eight years of the Bush administration, our country has a tarnished image across the world. Even worse, that tarnished image exists for many Americans. Conservatives are quick to call these folks un-American. They do not see that these feelings are not for a lack of patriotism, but for a lack of leadership and respect for minorities and those not in a chosen class.

The thousands flocking to Washington D.C. in unprecedented numbers is evidence that patriotism is well and alive in the USA. Beyond physical presence, media coverage of this inaugural will most likely make it the most watched event in traditional media and the web media.

It is only fitting that the inauguration fall immediately after Martin Luther King Jr. Day. Through the years, Dr. King’s work has come to fruition in many ways. The inauguration of the first American black president is evident that we have come a long way in 40+ years. It was all Americans, not just black Americans who elected him to this position. For minorities it is an event of change where anticipation has become reality.

I personally have high hopes for the coming four years. I temper that with the fact that change takes time and takes the work and cooperation of many people. Barrack Obama can not change everything overnight. This country has a lot of work ahead of us. The good news is that this unprecedented wave of patriotism has revived old fashioned American values of hard work and commitment to work for a common cause. On January 20, 2009 we turn the page to a new chapter, a chapter of hope and reconciliation.