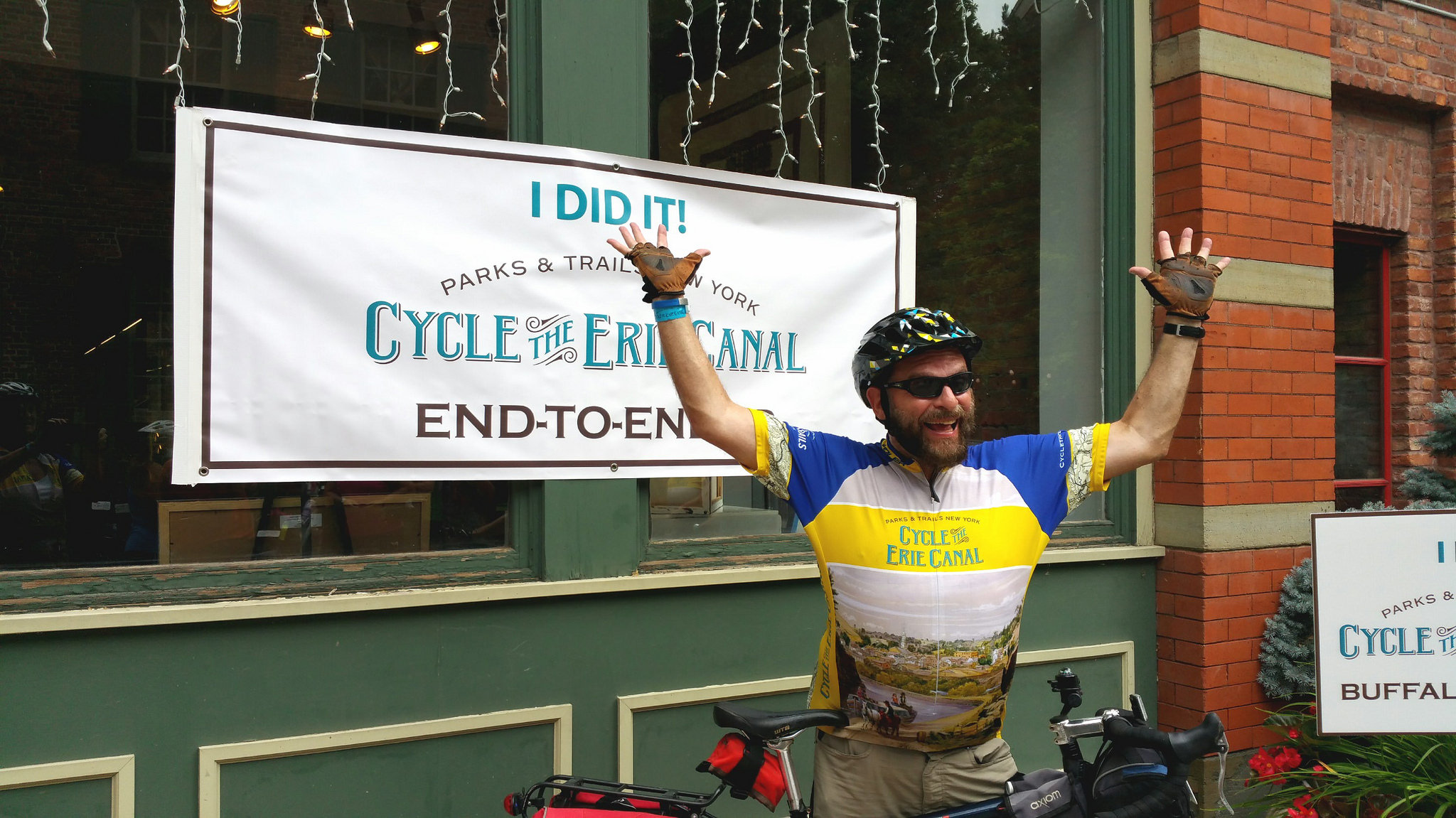 A Facebook post by Family on Bikes caught my eye today. It was the fifth anniversary of the Vogel family’s three year 17,000 mile bicycle ride from Alaska to the southernmost tip of Argentina. I had found their blog six years ago and followed their final year through South America. The Facebook post took me to the blog post documenting the final miles in Argentina. The page’s banner is what really spoke to me.

Jump off the hamster wheel and live your adventure.

In 2011, the Vogel family and other bicycle touring bloggers had me dreaming of bicycle touring. When my friend Chuck asked me to join him on a 335 mile ride from Pittsburgh to Washington, D.C. on the Great Allegheny Passage and Chesapeake and Ohio Canal Trail, I jumped off the hamster wheel (reluctantly). 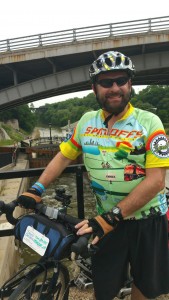 That jump led me to an adventure I still treasure almost five years later. It taught me that it was up to me to live my adventure. Prior to that trip, I was reluctant to stretch myself outside of my perceived bounds. That all changed during that week of cycling. I grew more confident. I was happier as the week progressed. I knew that this was the life I wanted to live.

I have continued to live that life of adventure over the past five years. It may not be as grand as a 17,000 bike ride but it makes me happy. I have cycled at least one weeklong bicycle tour every year. I expanded my life to include hiking and running, admittedly a sport I am very poor at but also makes me happy.

Happiness surfaced quite a bit when I updated my wellness vision at the start of the year. 2016 is a year of change for me. I am within a year of retirement. It will involve many changes. I am definitely jumping of the corporate hamster wheel. I am reinventing myself to focus on what makes me happy.

Bicycle touring is something that fits into that picture. Although this reinvention is still in the works, I know that bicycle touring is a major component of the new retired Tom. Bicycle advocacy is another love that is definitely in the picture. Sometime in the coming year I will know how they come together to give me the retirement I want to live. Jump off the hamster wheel and live your adventure.